No comments to show.

My last column looked at some of the principles of choosing the right AV Display – making sure that the capabilities and features of the display complement the reasons you want to have a display in the first place.  The surest way to waste AV money is to acquire devices that don’t actually meet the needs of the situation.  Another sure way is to not install systems properly.  Improper installation can lead to systems being “too hard” to use, create safety hazards and/or poor quality displays.

There are several advantages to rear-projection.  One is that it may suit the constraints of the location better and makes for an easier installation.  Rear projection is a good technique to consider in an environment where there are high ambient light levels.  Because the projector tends to be closer to the screen than with front projection schemes, watt for watt a rear projected image will be brighter.  Even better perceived brightness can be achieved by constructing a light-proof box around the space between the projector and the screen.

Good security of the projection device can be achieved as the projector doesn’t have to be in the same room as the audience, so long as there is a window to let the projected image through.

Permanently Installed vs Not Installed

Of course, the ultimate security is to lock your projector away when not in use, and only set it up when it is in use.  The AV industry refers to this as an un-installed system.  This works particularly well for table-top projectors for small groups and meetings and of course provides scope for flexible use in multiple locations.  The disadvantage is that you need someone around that knows how to set the system up safely, and the time that can be taken in unpacking / packing.  Thinking about what the process needs to be in advance can allow measures to be implemented that will allow a system to be used safely and with minimum effort.  For example, installing a new electrical outlet at the location the projector will be used will allow quicker setup without having an extension lead draped across the space, thereby being both quicker and safer.

On the subject of safety, installed systems need to be fixed securely.  It may seem like an obvious statement, but attaching a display device to wallboard or other lining is insufficient in most circumstances.  Devices should be adequately fixed to the building’s structure, or equivalent.  Don’t judge the adequacy of a mounting by whether or not it falls down in the first 10-minutes.  From a Health & Safety perspective, it doesn’t matter if it falls down after 3-minutes or after 3-years – it still may be improperly fixed.  Suspended systems and devices need particular attention because of the level of hazard they can create.  In many cases, it worth seeking the opinion of a structural engineer on fitting or retro-fitting suspended systems 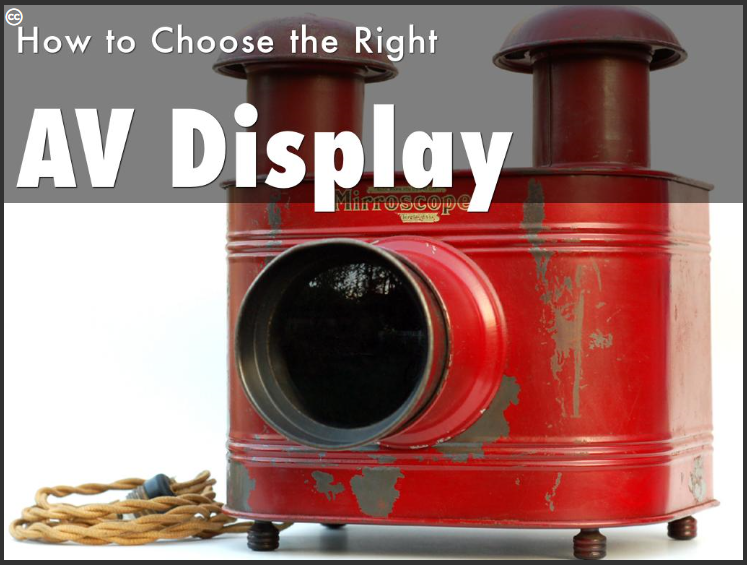